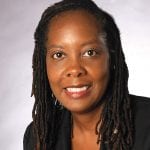 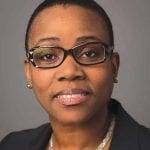 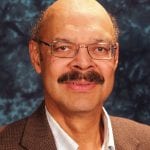 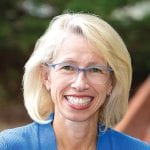 The Community Foundation of Western Massachusetts (CFWM) announced two new Trustees: Nikki Burnett, executive director of Educare Springfield, and Gillian Hinkson, victim witness advocate for the Hampden County District Attorney’s Office. In addition, CFWM also elected a new trustee chair, Paul Murphy, and vice chair, Karin George. Burnett began her role as executive director of Educare Springfield in August 2019. For more than 20 years, she has pursued her passion of empowering her community and building equity. She currently serves on the board of directors for the Public Health Institute of Western Massachusetts and on its race and equity subcommittee; on national committees for the Educare Learning Network, including its educare policy work group and collaborative fundraising advisory board; and on the Baystate Community Benefits Advisory Council. She is also one of the founders of the Faith Based Health Advocates Alliance. In addition to her position with the Hampden County District Attorney’s Office, Hinkson is an independent business owner of a health and wellness company. She is dedicated to educating the community on the importance of living a balanced life through exercise, well-balanced eating habits, and mindfulness. She is a member of CFWM’s education committee and a CFWM scholarship reviewer; is a Ward Five Democratic Committee member; and serves on the board of directors for the League of Women Voters and Art for the Soul Gallery. She also serves as a Democratic state committeewoman and is the co-chair of the affirmative action and outreach subcommittee, and has also served as campaign manager for local political candidates. Murphy is retired legal and administrative counsel of Amherst College and serves as a trustee of Baystate Health. He was previously a partner of Foley Hoag LLP, a Boston-based law firm. His previous board work was with the WGBH Educational Foundation, Tufts Medical Center, Newton-Wellesley Hospital, and Hillside School, as well as New England Public Media, the United Way of Massachusetts Bay and Merrimack Valley, Boston Architectural College, and the Partnership Inc. Murphy was appointed as a CFWM trustee in 2015, served as chair of the distribution committee for two years, and is a member of the committee on trustees and executive committee. George is a principal and co-owner of Washburn & McGoldrick Inc., a global consulting firm focused on fundraising, communications, strategic planning, alumni engagement, training, and board development in education and educationally related nonprofits. She previously served as vice president for Advancement at Smith College and vice president for Development at Vassar College. George was appointed as a CFWM trustee in 2013, served as a member and the former chair of the CFWM education committee, has volunteered as a scholarship reviewer since 2009, and is a member of the committee on trustees and executive committee. 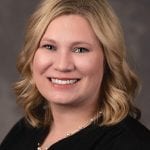 Monson Savings Bank (MSB) recently announced the promotion of Heather Arbour to the role of BSA officer and compliance manager. In her new role, Arbour is responsible for overseeing MSB’s Bank Secrecy Act and anti-money-laundering programs and ensuring compliance with banking regulations. Additionally, she manages the Retail Operations department. Arbour has been with Monson Savings Bank for 13 years, previously serving in the role of compliance and BSA manager. She is currently enrolled in the New England School of Financial Studies and will be graduating in the spring from Springfield Technical Community College with a business administration degree. A volunteer and co-treasurer for the Monson and Palmer Salvation Army and a dedicated parent volunteer for the Monson Parent Teacher Student Assoc., Arbour also serves on the Monson Savings Bank pandemic reopening preparedness committee. 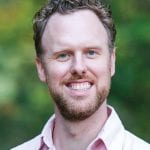 Webber and Grinnell Insurance recently hired Reynolds Whalen as its director of Culture and Communication. This new position focuses on company culture, sponsorships, community engagement, and helping advance the agency further into the digital age of marketing and communication. Reynolds comes to the job from his role as founder and executive director of Performing Arts Abroad, based in Easthampton, where he built the business with a focus on creativity, core values, and efficiency through integrations. He serves on the board of the International Language Institute in Northampton and is active in the Pioneer Valley theater scene as an actor and creative collaborator. Reynolds holds a bachelor’s degree in African and African-American studies and drama from Washington University in St. Louis, a master’s degree in education from Hunter College in New York City, and a master’s degree in African studies from Indiana University in Bloomington, Ind. 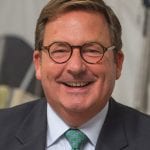 Eugene Cassidy, president and CEO of Eastern States Exposition (ESE), was elected chairman of the International Assoc. of Fairs and Expositions (IAFE) during the organization’s annual business meeting. Cassidy will serve in this international leadership role for 2021, spearheading the direction of the international group of fairs. The IAFE currently has 911 member fairs and affiliated organizations worldwide. The theme for IAFE 2021 is “Grow Fair Strong,” with a focus on growing as in all things agriculture, but also the growth in fairs and the economies they impact in the wake of the pandemic. Cassidy joined ESE as director of Finance in 1993 and was named executive vice president and chief operating officer in 2011. He assumed the position of president and CEO in 2012 and is the exposition’s seventh CEO in its 105-year history. He holds a bachelor of science degree in business administration and accounting from Western New England University. He serves as vice chairman of the Greater Springfield Convention and Visitors Bureau, treasurer of the Western Massachusetts chapter of Legatus, treasurer and board member of MassHire Hampden County, member of the Springfield Technical Community College Foundation board, finance board member at St. Mary’s Parish, and board member at St. Thomas the Apostle School. He is also accredited as a certified fair executive by the IAFE and has served the organization as treasurer, second vice president, and first vice president before assuming his role as chairman. 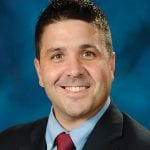 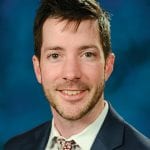 The board of directors of Big Y Foods Inc. announced the promotion of two third-generation D’Amour family members. Colin D’Amour has been named senior director of the Big Y Express Gas & Convenience Stores division, and Christian D’Amour is director of E-commerce. Both appointments represent new and expanding divisions within the company. Colin’s responsibilities include oversight of store operations, site selection, site acquisition, and day-to-day responsibility for product procurement, including fuel for the division. Previously, he served as senior manager of Procurement within Big Y’s Real Estate and Development team, as well as a member of the real-estate committee, where he remains involved in evaluating viable expansion opportunities across all operating formats. In addition, he oversees multiple programs and initiatives with Topco Associates, a Chicago-based, member-owned cooperative. A graduate of Boston College, he holds personal decorations from his military service, including both the Navy and Marine Corps Commendation and Achievement Medals. Christian is responsible for Big Y’s e-commerce platform, which currently includes relationships with Instacart for grocery home deliveries and DoorDash for prepared-meal home deliveries. In addition to these services, he will be launching Big Y’s MyPicks Online ordering, in which customers will be able to order groceries online for curbside pickup or home delivery. He holds a bachelor’s degree from St. Michael’s college in Vermont and spent a semester studying at the National University of Ireland at Galway.

Skoler, Abbott & Presser announced that attorney Erica Flores has been named a partner in the firm. Flores, who has been with the firm since 2013, focuses her practice on employment litigation in state and federal courts and agencies, representing employers in class-action lawsuits and discrimination, harassment, and retaliation actions. Flores is a regular contributor to the Massachusetts Employment Law Letter on a variety of topics. She is a graduate of the University of Colorado, Boulder and the University of Pennsylvania Law School. She is a member of the Massachusetts and Hampden County bar associations.

NAI Plotkin announced it has welcomed David Moore as a new commercial real-estate associate in its Brokerage Services division. Moore brings extensive experience in both commercial and residential real estate, as well as project management. After a notable career as vice president and general manager of the Mt. Tom Ski Area, Moore joined Allyn & O’Donnell Realty, where he gained valuable experience in the real-estate industry, including the selection of cell-tower sites. “I have known Dave for over 50 years, and I am thrilled that he will be joining our team. Adding someone with Dave’s knowledge and background allows us to assist our clients during this challenging time and to continue a forward momentum,” said Dan Moore, vice president of Brokerage Services. Dave Moore will serve new clients from NAI Plotkin’s office located on the 14th floor at One Financial Plaza, 1350 Main St., Springfield. 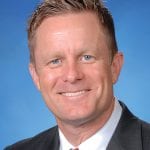 As part of its ongoing efforts to drive growth and value, OMG Roofing Products named Monte Horst vice president of Sales and Marketing. Horst is responsible for developing and executing the division’s overall sales and marketing strategies to support the three business units: Fasteners, Adhesives & Solar, and Metal Accessories. In this role, he will work closely with the company’s Marketing Communications and Customer Service departments. He reports to Peter Coyne, senior vice president and general manager of OMG Roofing Products. Horst holds a bachelor’s degree from the University of Texas-Arlington and a master’s degree from the University of Nebraska. 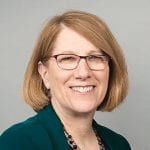 Joanne Marqusee, president and CEO of Cooley Dickinson since 2014, announced she will leave that role to become chief integration officer for Wellforce, a growing healthcare system in Eastern Mass. that includes Tufts Medical Center, four community hospital sites, a broad provider network, and a homecare/hospice agency. At Wellforce, she will be responsible for developing and enhancing system-wide services to support operational excellence and growth. Marqusee joined Cooley Dickinson following its affiliation with Massachusetts General Hospital (MGH) and the larger Mass General Brigham (MGB) system. She oversaw the creation of a behavioral-health pod in the Emergency Department, the opening of a new Breast Center, and substantial expansion in provider practices across a range of locations and specialties. She will also be remembered for her diversity, equity, and inclusion work, starting with LGBTQ programs and more recently launching a comprehensive anti-racism plan. In addition, she has frequently spoken out on important public-health and policy issues, particularly those that affect marginalized communities. Prior to her tenure at Cooley Dickinson, Marqusee, a graduate of Cornell University and the Harvard University Kennedy School of Government, was COO of MelroseWakefield Healthcare (formerly Hallmark Health) and spent 16 years at Beth Israel Deaconess Medical Center, where she consistently was promoted to positions of greater responsibility, including vice president of Access; vice president of Ancillary, Support and Community Services; and senior vice president of Operations. She is a board member of the Massachusetts Health and Hospital Assoc. and serves on the steering committee of Extraordinary Women Advancing Health Care. In addition to her roles in Massachusetts, she previously worked for the New York State Department of Health in the Division of Health Care Financing, the New York City Health and Hospitals Corp., and the New York City Office of the Mayor. 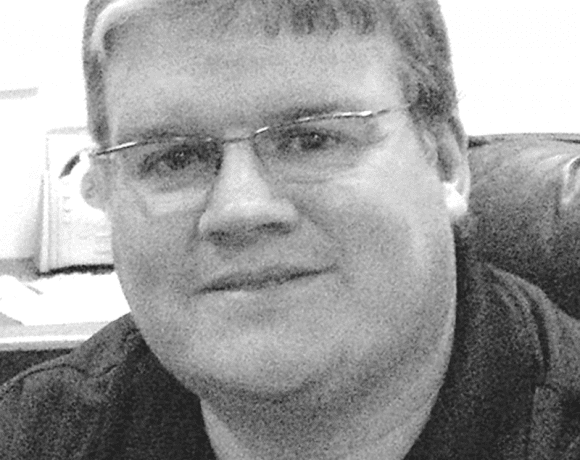